In small, hands-on programs, our resident artists—bass-baritone Dashon Burton, jazz pianist Alfredo Rodriguez, guitarist Jason Vieaux, music historian Robert Greenberg and the Alexander String Quartet—work directly with students and teachers in public schools around the Bay Area. Our artists-in-residence program provides arts education in schools and community centers, builds new audiences, and furthers the careers of talented artists by providing the time and freedom necessary to explore new ideas and develop new works. The scope of SF Performances’ work in the community reflects the commitment to making the arts an essential part of everyone’s life—a central part of SF Performances’ mission since our founding.

In 1989, San Francisco Performances created its first (and ongoing) artist residency program with the Alexander String Quartet. Working in partnership with San Francisco State University, the Quartet created a chamber music curriculum entitled “The Story of the String Quartet” for high school students in the San Francisco Unified School District. In 1997, with the support of the Wallace Readers Digest Foundation, San Francisco Performances expanded the residency model and created three new residencies in jazz, guitar and contemporary dance. These residencies, which continued over a four-year period, helped expand audiences for the organization and helped to develop strong collaborations with new community partners.

Resident artists’ consistent presence in the Bay Area over several years gives both school students and adult audiences the opportunity to form a close bond with the artists. By making the performing arts accessible across economic and generational boundaries, San Francisco Performances helps all community members build a deep personal connection to the performing arts. 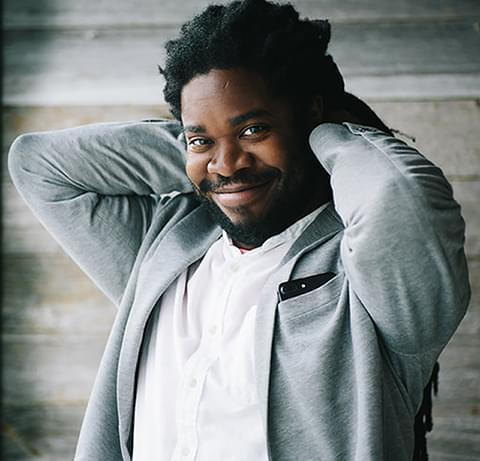 Praised for his “nobility and rich tone,” (The New York Times) and his “enormous, thrilling voice seemingly capable…[of] raising the dead” (Wall Street Journal), bass-baritone Dashon Burton has performed with orchestra and opera companies all over the world, in addition to touring with the Grammy-winning contemporary vocal ensemble Roomful of Teeth. In 2012 Dashon brought home prizes from the ARD International Music Competition in Munich and the 49th International Vocal Competition in ‘s-Hertogenbosch, Netherlands. These awards followed his First Place wins in both the 2012 Oratorio Society of New York’s Competition and the Bach Choir of Bethlehem’s Competition for Young American Singers. He graduated from the Oberlin College Conservatory of Music, and received his Master of Music degree from Yale University’s Institute of Sacred Music. 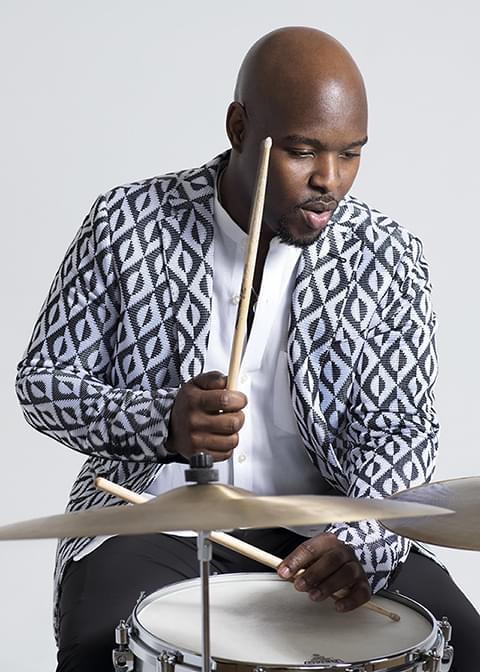 Heralded as a “legitimate jazz triple threat” (Critical Jazz) who “take[s] a back seat to no one” (The New York Times), performer, producer and educator Ulysses Owens Jr. goes the limit in the jazz world and beyond.

Owens has been named a Rising Star by DownBeat’s Critics Poll for five years straight, 3rd Runner-Up in “Classic Drum” category by Modern Drummer Magazine “Readers Poll.” He is a recipient of the 2013 ASCAP Plus Award, the 2014 Global Music Award and the 2015 Jazz at Lincoln Center Swing! Award. Claiming four successful albums of his own (It’s Time for U, Unanimous, Onward and Upward, and Falling Forward.) Owens has also gained special attention for his performances on the GRAMMY award-winning albums Dedicated to You (Kurt Elling), The Good Feeling (Christian McBride Big Band), GRAMMY award-nominated albums; Giant Steps, and Countdown (Joey Alexander), Out Here, Live at The Village Vanguard (Christian McBride Trio) and most recently, Nat King Cole, and Me (Gregory Porter.)

An active faculty member of the Jazz Studies Program at his alma mater, The Juilliard School, Visiting Artist in Residence at Utah State University, and Faculty Artist in Residence at Edward Waters College in Jacksonville, Florida where he teaches the Music Business course. He also oversees artistic and community programming for hundreds of children and teens as Artistic Director for Don’t Miss a Beat, Inc., a youth-empowerment non-profit founded by his family in 2008 in his hometown of Jacksonville, Florida.

Owens’ most recent album, Songs of Freedom, features the music of Abbey Lincoln, Joni Mitchell, and Nina Simone; released by the Resilience Music Alliance record label. This album has been selected by JAZZIZ Magazine of one of 10 Jazz albums to listen to in March 2019. The album features bassist Rene Marie, Alicia Olatuja, and Theo Bleckmann as the featured vocalists, and David Rosenthal, Allyn Johnson and Reuben Rogers in the band.

Ulysses remains consistently in demand for new projects as an Artist, Producer, and Educator, remaining one of the most sought-after drummers and thought leaders of his generation. Yet what matters to him consistently is giving back and continuing to be grateful for a new day, to make a difference in the lives of others. 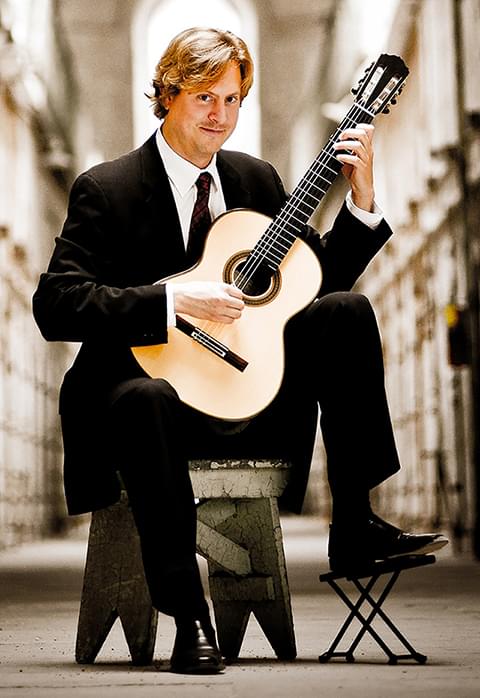 Grammy-winner Jason Vieaux, “among the elite of today’s classical guitarists” (Gramophone), is the guitarist that goes beyond the classical. Among his extensive discography is the 2015 Grammy Award winning album for Best Classical Instrumental Solo, Play.

In 2012, the Jason Vieaux School of Classical Guitar was launched with ArtistWorks Inc., an interface that provides one-on-one online study with Vieaux for guitar students around the world. Vieaux has taught at the Cleveland Institute of Music since 1997, heading the guitar department since 2001. He has received a Naumburg Foundation top prize, a Cleveland Institute of Music Distinguished Alumni Award, GFA International Guitar Competition First Prize, and a Salon di Virtuosi Career Grant. Vieaux was the first classical musician to be featured on NPR’s Tiny Desk series. 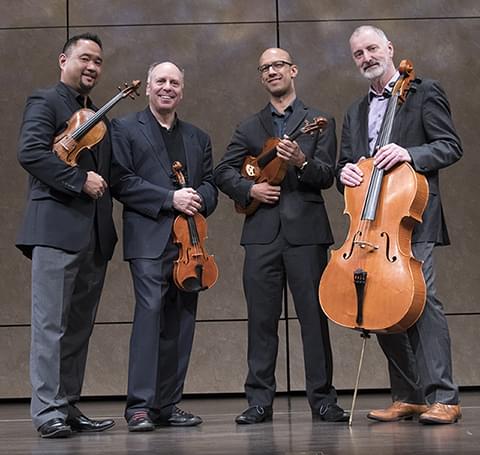 The Alexander String Quartet (Zakarias Grafilo and Fred Lifsitz,violins; Paul Yarbrough, viola; Sandy Wilson, cello), in joint residence with San Francisco Performances and San Francisco State since 1989, helped create the popular school series, The Story of the String Quartet. The curriculum was written by San Francisco Performances for non-music students. Rather than experience an isolated one-time performance, these students are introduced over time to music as a powerful voice for cultural expression.

The Alexander String Quartet has performed in the major music capitals of five continents, securing its standing among the world’s premier ensembles, and a major artistic presence in its home base of San Francisco. Widely admired for its interpretations of Beethoven, Mozart, and Shostakovich, the quartet’s recordings have won international critical acclaim. They have established themselves as important advocates of new music, commissioning works from composers including Jake Heggie, Cindy Cox, Augusta Read Thomas, Robert Greenberg, Tarik O’Regan, Wayne Peterson, and most recently, Samuel Carl Adams.

The Alexander String Quartet formed in New York City in 1981, and captured international attention as the first American quartet to win the London International String Quartet Competition in 1985. The quartet has received honorary degrees from Allegheny College and Saint Lawrence University, and Presidential medals from Baruch College (CUNY). 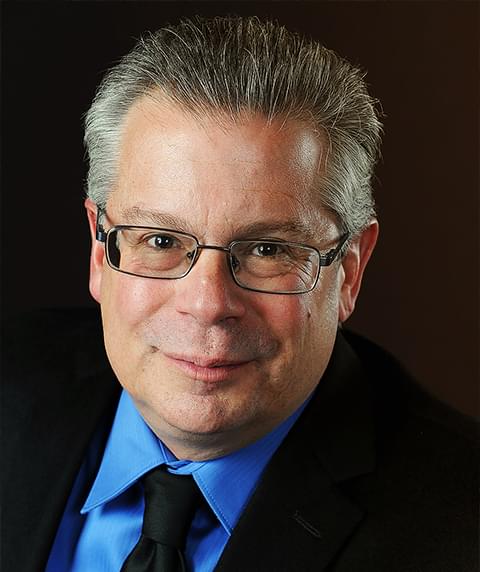 Greenberg has composed over fifty works for a wide variety of instrumental and vocal ensembles. Recent performances of his works have taken place in New York, San Francisco, Chicago, England, Greece, Italy and The Netherlands, where his Child’s Play for String Quartet was performed at the Concertgebouw of Amsterdam.

Greenberg has lectured for some of the most prestigious musical and arts organizations in the United States, including the San Francisco Symphony; he is also a sought-after lecturer for businesses and business schools, speaking at such diverse organizations as S. C. Johnson, Deutsche Bank, the University of California/Haas School of Business Executive Seminar and the Commonwealth Club of San Francisco. For 15 years, Greenberg was the resident composer and music historian for NPR’s Weekend All Things Considered and Weekend Edition, Sunday with Liane Hansen.

In February 2003, Maine’s Bangor Daily News referred to Robert Greenberg as “the Elvis of music history and appreciation,” an appraisal that has given him more pleasure than any other.