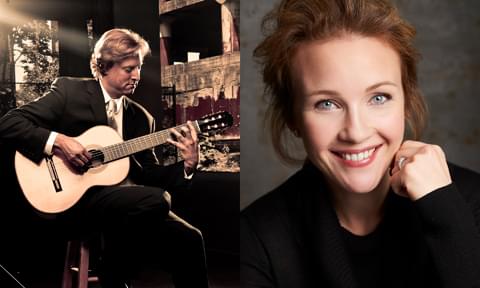 Grammy®-winner Jason Vieaux is “perhaps the most precise and soulful classical guitarist of his generation,” according to NPR. He is well known for a relaxed and affable stage presence paired with a fierce and flexible technique described as “virtuosic, flamboyant, dashing and, sometimes ineffably lyrical” (New York Times). “Equal parts poise, radiance, and elegant directness,” (Opera News) double Grammy®-winning mezzo-soprano Sasha Cooke is at home and in demand from the world’s opera houses to intimate concert halls. 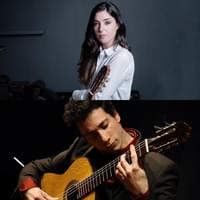 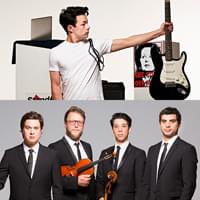 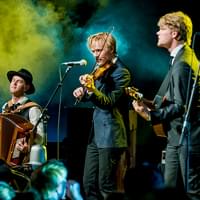 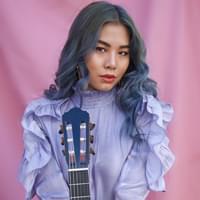 Jason recently made his debuts for Domaine-Forget Festival, Carmel Bach Festival, Wolf Trap, and made returns to San Francisco Performances, Caramoor, Ravinia, and Philadelphia Chamber Music Society. Other recent venues include the National Gallery of Art, Amsterdam’s Concertgebouw, the 92nd Street Y, Seoul Arts Center, and Shanghai Concert Hall. He has performed as soloist with over 100 orchestras, including Cleveland, Toronto, Houston, Nashville, and Orchestra of St. Luke’s.

In March 2021, Jason Vieaux performed the premiere recording of a new solo work, Four Paths of Light, a new solo guitar suite dedicated to Vieaux by jazz legend Pat Metheny for his 2021 album Road To The Sun. Jason performed the live recording of Jonathan Leshnoff’s Guitar Concerto with Nashville Symphony in 2019.

In the 2021–22 season, Ms. Cooke returns to the Metropolitan Opera for her role debut as Cherubino in Le nozze di Figaro, under the baton of Yannick Nézet-Séguin. On the concert stage, she joined the Boston Symphony Orchestra first for performances of Janáček’s Glagolitic Mass, conducted by Jakub Hrůša, and then again as Margret in Wozzeck, both in Boston and on tour at Carnegie Hall under the baton of Andris Nelsons. She also joined the Minnesota Orchestra for Mahler’s Lieder eines fahrenden Gesellen and subsequently for Mahler’s Symphony No. 8, the latter conducted by Osmo Vänskä. Additionally, she performs Michael Tilson Thomas’ Meditations on Rilke with the Los Angeles Philharmonic, conducted by the composer, scenes from Nadia Boulanger’s Faust et Hélène with the Houston Symphony, led by Fabien Gabel, Berlioz’s Les nuits d’été with the Netherlands Radio Philharmonic Orchestra, led by Karina Canellakis, Beethoven’s Symphony No. 9 with the Detroit Symphony Orchestra, Mahler’s Symphony No. 2 Resurrection with the Oregon Symphony, Jake Heggie’s The Work at Hand and Elgar’s Sea Pictures with the St. Louis Symphony Orchestra, led by Gemma New, Mahler’s Lieder eines fahrenden Gesellen with the New World Symphony, and a holiday concert with the Wheeling Symphony Orchestra. Finally, she gives a solo recital alongside pianist Myra Huang at the Tucson Desert Song Festival where she premieres a new work by Jennifer Higdon.

2022 marked the release of Ms. Cooke’s CD entitled how do I find you, on the Pentatone label. The recording, which features 17 newly written songs by Caroline Shaw, Nico Muhly, Missy Mazzoli, Jimmy Lopez and others, is intended as a tribute to both the struggles and hopes of artists that have been wrought by the pandemic. Ms. Cooke performed the world premiere with pianist Kirill Kuzmin as part of the San Francisco Symphony’s Great Performers Series, before giving subsequent recitals at the Shriver Hall Concert Series and elsewhere.

As a dedicated recitalist, Ms. Cooke was presented by Young Concert Artists in her widely acclaimed New York and Washington debuts at Carnegie’s Zankel Hall and the Kennedy Center. She has also appeared in recital at Alice Tully Hall, The Wigmore Hall, the Kennedy Center and the 92nd St Y. She appears on numerous recordings, including Intonations: Songs from the Violins of Hope by Jake Heggie and Gene Scheer, Michael Tilson Thomas’ Meditations on Rilke with the San Francisco Symphony, which won the 2021 Grammy Award© for Best Classical Compendium, L’enfance du Christ with Sir Andrew Davis and the Melbourne Symphony, Bates’ The (R)evolution of Steve Jobs, which won the 2019 Grammy© Award for Best Opera Recording, Mahler’s 2nd Symphony with Osmo Vänskä and the Minnesota Orchestra, and Sasha Cooke LIVE, a collection of her performances from the Music@Menlo chamber music festival.