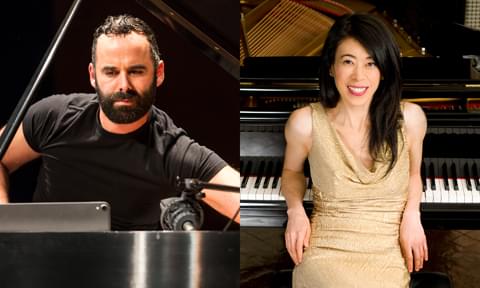 Two tremendously accomplished Philip Glass specialists share the stage for a survey of some of his iconic keyboard works. Adam Tendler is recipient of the Lincoln Center Award for Emerging Artists, a “remarkable and insightful musician” (LA Times), and “joyfully rocking out at his keyboard” (New York Times). Jenny Lin has more than 40 recordings to her credit and has been acclaimed for her “remarkable technical command” and “gift for melodic flow” (New York Times). 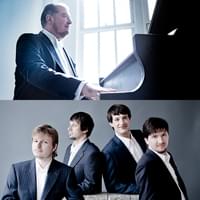 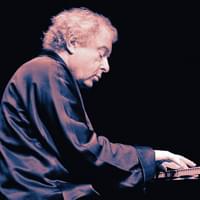 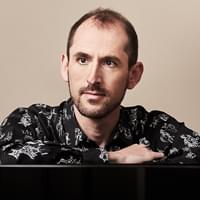 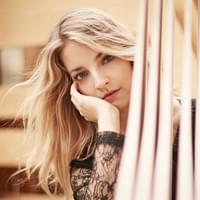 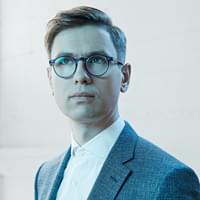 A recipient of the Lincoln Center Award for Emerging Artists, a "remarkable and insightful musician" (Los Angeles Times), and "relentlessly adventurous pianist" (Washington Post) "joyfully rocking out at his keyboard" (New York Times), Adam Tendler is an internationally recognized interpreter of living, modern and classical composers. A pioneer of DIY culture in concert music who has commissioned and premiered major works by Christian Wolff and Devonté Hynes alike, between 2005 and 2006 Tendler performed in all fifty United States as part of a grassroots recital tour he called America 88x50, which became the subject of his memoir, 88x50, a Kirkus Indie Book of the Month and Lambda Literary Award nominee.

He maintains a career as a concert soloist, recording artist, speaker and educator. Tendler released an album of piano works by Robert Palmer in 2019. He has also recorded performances and masterclasses for the digital music platform Tido, collaborated with Edition Peters on a new edition of John Cage's In a Landscape, and released the premiere recording of Edward T. Cone’s 21 Little Preludes.

An active presence in all contemporary concert music genres, Tendler has also performed the complete major piano works of Aaron Copland, and collaborates with the John Cage Trust and Edition Peters in presenting Cage’s work internationally. He released his second book, tidepools, in 2018.

Pianist Jenny Lin is an artist of keen musicianship, brilliant technique, and a compelling perspective shaped by a deep fluency in global culture. Born in Taiwan, raised in Austria, educated in Europe and America, Lin has built a vibrant international career, notable for innovative collaborations with a range of artists and creators. In every performance, Jenny Lin places her considerable technical skills and her fierce intellect at the service of the composer’s intention, yielding results that win the loyalty and rapt attention of audiences and fellow artists alike.

In the 2021–22 season, Lin has performances—both digital and in-person—for Washington Performing Arts; at Hudson Hall performing the American premiere of William Bolcom’s Suite of Preludes; at Boston Conservatory’s piano series; at Little Island in NYC; and at Winnipeg New Music performing a piano concerto by Harry Styfalakis. She also releases a number of new albums, including Simple Music with music by Giya Kancheli in partnership with accordionist Guy Klucevsek; Liszt Harmonies poétiques et religieuses on the Steinway label with pianist Adam Tendler; and a new recording featuring the complete vocal works of Artur Schnabel with contralto Sara Couden, a complement to Lin’s earlier album of the complete Schnabel piano works.

Recent performances include dates for the Mostly Mozart Festival; at “Angel’s Share” in the catacombs of Brooklyn’s Green-Wood Cemetery; at St. Olaf College; at OKM Music in Oklahoma; and as the featured pianist in Elliot Goldenthal’s original motion picture score for Julie Taymor’s 2020 film, The Glorias. She performed a recital of Philip Glass’s music for the Morris Museum—a continuation of a close collaboration with Glass, with whom she has appeared regularly since 2014. This experience has inspired the creation of her own commissioning initiative, The Etudes Project, in which she works with a range of living composers to create new technical piano etudes, pairing each new piece with an existing etude from the classical canon. The results form both a series of solo recital programs and albums released by Sono Luminus.

A passionate advocate for education, Jenny created Melody’s Mostly Musical Day, a musical album and picture book for children which follows the adventures of an imaginative little girl from breakfast to bedtime, told in a collection of 26 classical piano works from Mozart to Gershwin. Since the publication of the book in 2016, Lin has toured a multimedia concert version of the program which she performs regularly at schools and educational institutions throughout North America.

Lin has performed with orchestras throughout the world, including the American Symphony Orchestra, NDR and SWR German Radio Orchestras, the RAI National Symphony Orchestra, and others, with conductors including Lothar Zagrosek, Jiri Starek, Urs Schneider, Alexander Mickelthwate, Kek-Tjiang Lim, Wen-Pin Chien, Peter Bay, James Bagwell, and Celso Antunes. She has been presented in performances at Carnegie Hall, Lincoln Center, the Kennedy Center, at BAM Next Wave, Spoleto USA, the Schleswig-Holstein Festival, and elsewhere.

Fluent in English, German, Mandarin, and French, Jenny Lin studied with Noel Flores at the Hochschule für Musik in Vienna, with Julian Martin at the Peabody Conservatory in Baltimore, and with Dominique Weber in Geneva. She has also worked with Leon Fleisher, Richard Goode, and Blanca Uribe, and at Italy’s Fondazione Internazionale per il pianoforte with Dimitri Bashkirov and Andreas Staier. In addition to her musical studies, Lin holds a bachelor’s degree in German Literature from The Johns Hopkins University. Jenny Lin currently resides with her family in New York City.