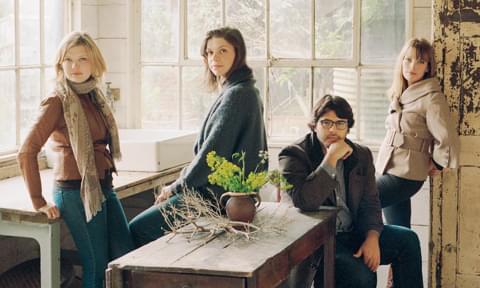 SF Performances audiences know Alina Ibragimova from her galvanizing solo recitals, and now she returns with her Quartet. The Chiaroscuro Quartet fuses the raw, pure sound of historical strings with powerful, contemporary technique in performances “played with enormous conviction and power by this very stylish ensemble” (Gramophone). 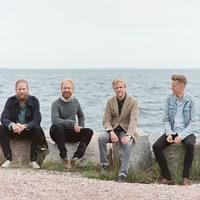 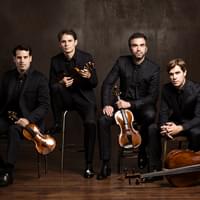 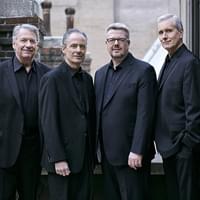 Formed in 2005, Chiaroscuro Quartet comprises violinists Alina Ibragimova (Russia) and Pablo Hernán Benedí (Spain), the Swedish violist Emilie Hörnlund and cellist Claire Thirion from France. Dubbed “a trailblazer for the authentic performance of High Classical chamber music” in Gramophone, this international ensemble performs music of the Classical and early Romantic periods on gut strings and with historical bows. The quartet’s unique sound—described in The Observer as ‘a shock to the ears of the best kind’—is highly acclaimed by audiences and critics all over Europe.

Recent releases in their growing discography includes Schubert’s Death and the Maiden and Haydn Opus 76 (1-3) and Beethoven Op. 18 (1-3). Future planned recordings will complete these two pillars of the quartet repertoire, in addition to Mozart’s “Prussian” quartets.

Chiaroscuro Quartet was a prize-winner of the German Förderpreis Deutschlandfunk/Musikfest Bremen in 2013 and received Germany’s most prestigious CD award, the Preis der Deutschen Schallplattenkritik in 2015 for their recording of Mozart’s Quartet in D Minor, K. 421 and Mendelssohn’s Second String Quartet in A Minor, Op. 13. Among the ensemble’s chamber music partners are renowned artists such as Kristian Bezuidenhout, Trevor Pinnock, Jonathan Cohen, Nicolas Baldeyrou, Chen Halevi, Malcolm Bilson, Christian Poltera, and Christophe Coin.

Recent engagements included their enthusiastically received debut concerts at Vienna Konzerthaus and Philharmonie Warsaw, their debut at Carnegie Hall as part of their first US tour and a return visit to Japan. Other highlights have taken the ensemble to the Edinburgh International Festival, Concertgebouw Amsterdam, London’s Wigmore Hall and King’s Place, Auditorio Nacional de Música Madrid, The Sage Gateshead, Auditorium du Louvre Paris, Théâtre du Jeu-de-Paume in Aix-en-Provence, Grand Théâtre de Dijon, Gulbenkian Foundation Lisbon, Boulez Saal and Beethoven Haus Bonn. They have been artist-in-residence in Port-Royal-des-Champs since 2009, with a concert series dedicated to the string quartets of Mozart.

In the 2021-22 season they appear at Philharmonie Luxemboug, return to Wigmore Hall, Boulez Saal, Gstaad Festival and undertake tours in Japan and Sweden. They also take up their residency at Turner Sims Concert Hall, Southampton.