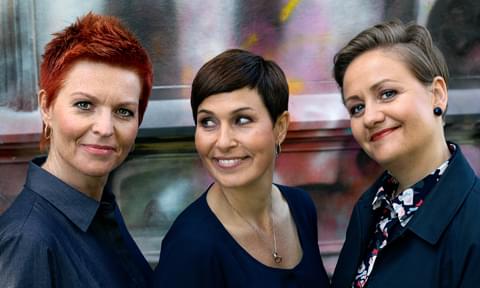 They’re not just for the dark ages anymore! This “highwire vocal act” of three women can sing anything—and they do—from ancient to contemporary music with a cappella flair and intense vocal command. “The three women of the Norwegian Trio Mediæval can look back proudly over 20 years of uncovering the often mysterious and mystical music written centuries before the cantatas of Bach or the masses of Palestrina” (New Zealand Herald). 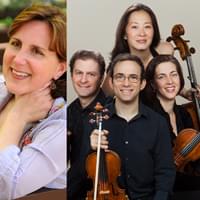 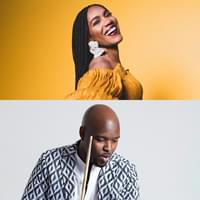 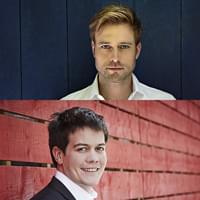 Hailed as a “fascinating journey with music of timeless beauty”, Trio Mediæval’s highly acclaimed first disc Words of the Angel (2001) launched the group into the elite circles of early music ensembles and introduced them to a broad international audience.

A typical Trio Mediæval program combines their many varied strands of musical exploration: historically informed performance of medieval sacred music, folk music (adapted and arranged by members of the group); contemporary Nordic jazz; specially commissioned works; and improvisation with or without instruments. Attracted by the Grammy®-nominated trio’s unique sound, composers and performers have stood in line to work with the group, resulting in commissions and premieres of works by Helena Tulve, Tõnu Kõrvits, Anders Jormin, Tord Gustavsen, Mats Eilertsen, Trygve Seim, Anna Clyne, Gavin Bryars, Ivan Moody, Sungji Hong and Andrew Smith, among many others. A 2005 collaboration with the Ensemble Musikfabrik in Cologne featured the work Shelter by Julia Wolfe, Michael Gordon, and David Lang of the New York-based Bang on a Can composers’ collective. More recently the trio has collaborated with musicians and orchestras such as Arve Henriksen, John Potter, Sinikka Langeland Ensemble, Mats Eilertsen Trio, Bang on a Can All-Stars, the Norwegian Chamber Orchestra, Norwegian Radio Orchestra, Oslo Philharmonic Orchestra and Stavanger Symphony Orchestra.

Trio Mediæval has toured extensively in Europe and USA, and has visited Japan, Hong Kong, Macau, South Korea, and most recently, Australia. The trio has been invited to appear on the most prestigious stages in the world, including Wigmore Hall, the Concertgebouw in Amsterdam, Vienna Konzerthaus, Carnegie Hall and the Kennedy Center. After releasing seven recordings on ECM Records between 2001 and 2017, the trio began a collaboration with Morten Lindberg and the 2L label in Norway, with new releases planned for 2022.